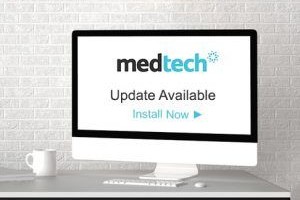 There are a significant number of changes and enhancements coming to the Evolution application over the next 3-4 months, all starting with the release of Version 3.0.

The Version 3.0 release will contain a number of changes and enhancements for sector services as well as some that have been requested by our customers.  This release will be combining some items that Medtech has been working on for some time before we start making some big improvements to Evolution based on the feedback that our users have been telling us in our Focus Groups.

The Version 3.0 release will include the following items:

Following on from the Version 3.0 release, we will be providing an interim release (Version 3.1) to introduce PRIMHD for those practices or services that have requested it to be made available in Evolution.

Included in this release will be the following new functions:

We will be kicking off the New Year with a great release full of changes that users of Evolution have raised during our Focus Groups.

There will be major updates to the Evolution application made in the following areas for the Version 4.0 release:

The Version 4.0 release will also include integration with the ManageMyHealth Online Payments capability that we know a number of practices have been waiting for.

We will provide you with more details on the changes in these areas a bit closer to the release.

For all the technicians that support our practices, you will be pleased to know that the Version 4.0 release will have been compliance tested alongside the following applications and supporting systems:

Tags:
Back to Top
COMPANY
QUICK LINKS
SUBSCRIBE TO E-NEWS

Get the latest news in your inbox!